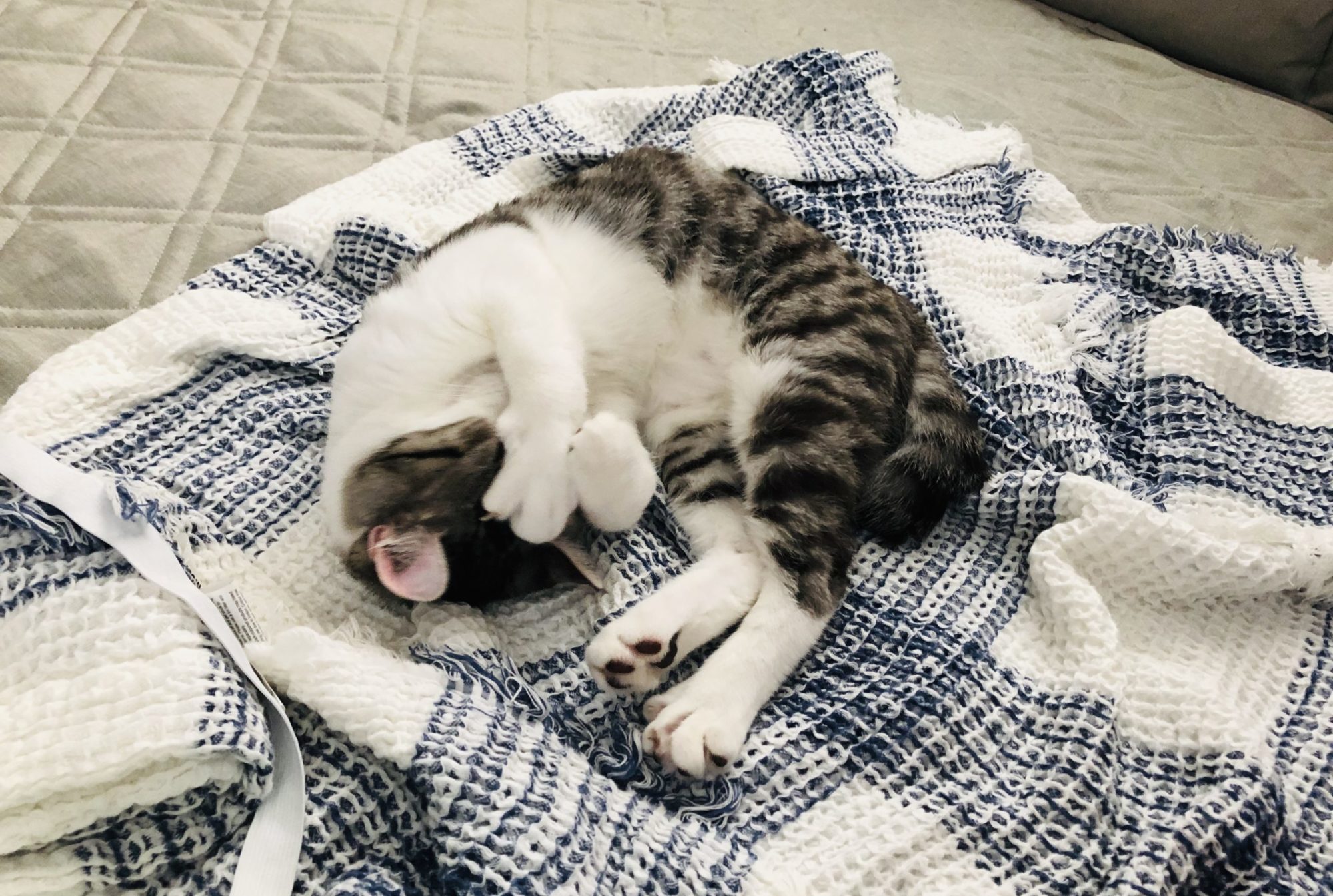 He came to our house when he was just 2 months old, so 4 months went by in the blink of an eye!

Cats grow so fast, they are already as big and heavy as an adult cat. By the way, he weighs 3.5kg!

On top of that, the mischievousness is increasing every day… lol.

When will you become a laid-back cat? When he came in at two months old, he was waddling around, saying “nyah”, but now he’s He can walk around on his toes and I patrol the house and walk lightly. but now, instead of saying “nyam”, he just says “nyah”.

But when I look at him and see that he looks sleepy, I notice that he is asleep. And when I fall into a deep sleep, I’m like, ‘Shinba! He won’t wake up when you call out to him. Furthermore, he hides his eyes with his hands, as if to tell me not to talk to him, as shown in the title picture.

He’s cute even if he’s selfish and he’s just a feeder, which is fine… crying.

So that’s it for today’s post. I’ll see you tomorrow~.
At least get to bed early at night…