The kitten threw up multiple times. 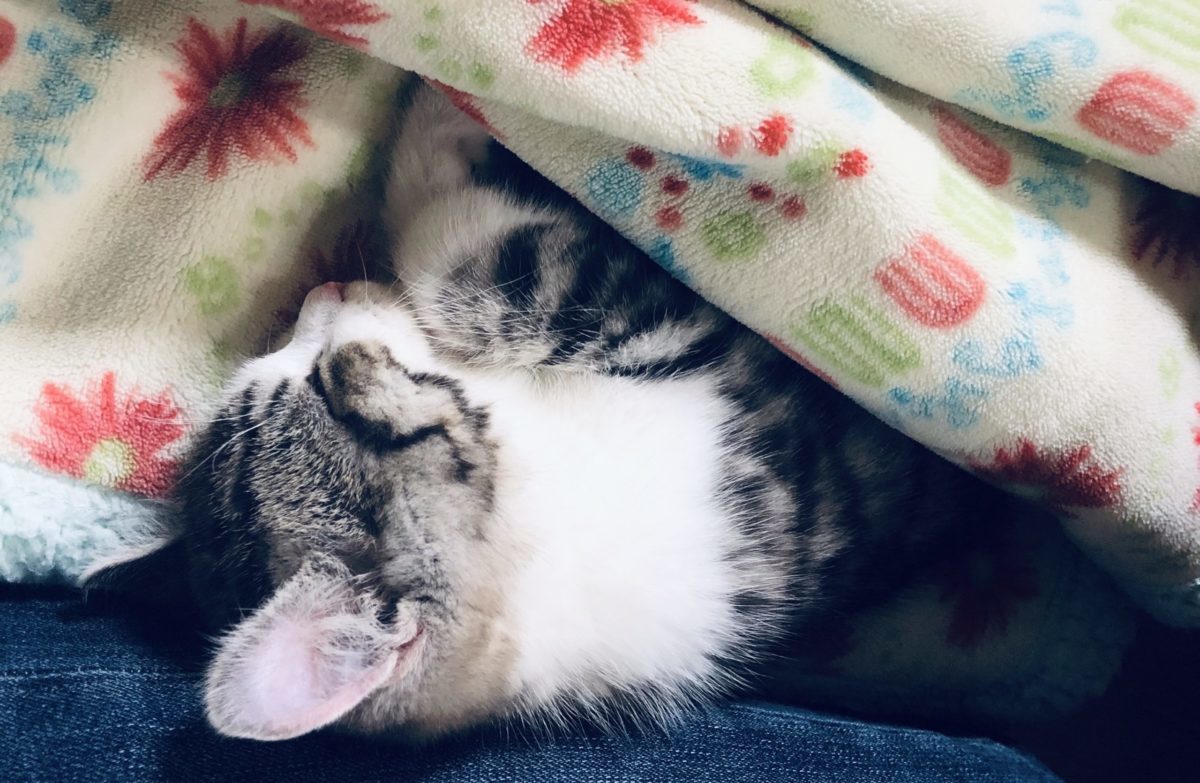 He was quite well until the morning, but in the evening she suddenly got worse, vomiting three to five times in the middle of the night, and then She had been limping and other symptoms.
In Simba’s case, his symptoms were as follows

I took her to the hospital immediately and they said he had a fever (39.5°C).
The doctor said that the kitten’s normal fever was 38.5 degrees Celsius, so I had to raise it slightly and then put the thermometer in his butt. When I looked at it, I had diarrhea.

They didn’t have a clear cause, but they gave me an antibiotic, an intestinal medication, and then some fluids. They said I should be fasting for 24 hours.

When the owner came home, Simba was not well.

I slept in the cat bed without eating anything.

When I looked into it, I found that in many cases there is no clear cause (cold, stress, infection, etc.). Probably kitten owners have a lot to worry about like I do.

I’ve done a lot of searching and I don’t know what’s causing it either! I can’t tell you what the target is, but if it’s a kitten, it’s still a bit of a spoiled child, so it’s a bit of a I’m wondering if the stress has weakened his immune system. I mean, kittens get sick soooo fast! You’d be surprised.

So, if you think she is limping, I think you should take her to the veterinary clinic without hesitation.

By the way, Simba recovered quickly, he was fine by lunch the next day, ate a lot of rice, and had a lot of appetite. I’m so glad I did.

So that’s it for this article. I hope it will be helpful to those who have had similar symptoms.