Feel hungry! How cute is Simba the cat in the box trying to steal a snack 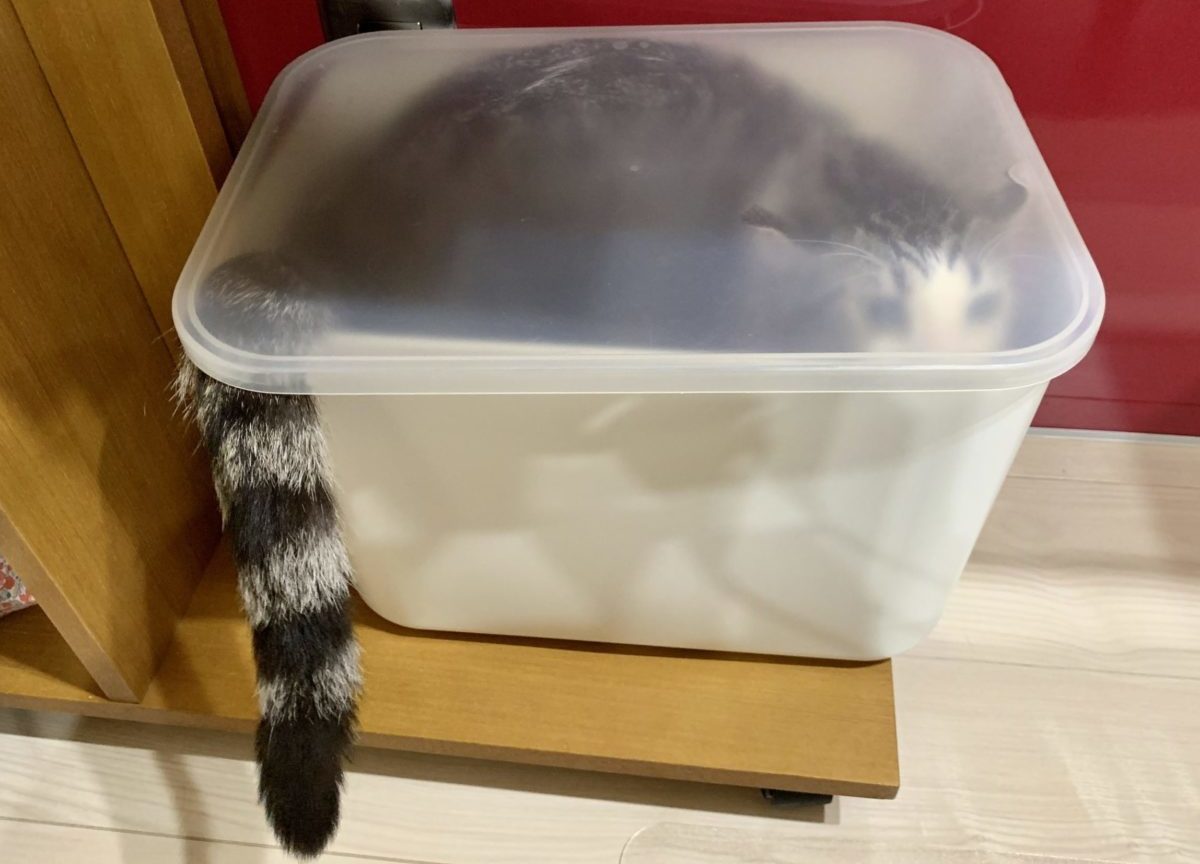 Simba, the gourmand, is very good at finding out where his favorite treats are kept.

Cats always watch their owners’ movements to see where they keep their treats, don’t they?

When they are stored in the refrigerator, they will thrash around it, or enter it the moment you open the door…! When Simba entered the refrigerator, I was indeed surprised. The cat’s jumping power is amazing! !

In our house, we keep most of the treats in a case with a lid to prevent them from being stolen.

Even though it has a lid…

Simba dexterously scratched the box with his paw to make a gap and open it!

It’s a failed countermeasure. I wonder if I need to put a lock or something….

Today, I’d like to introduce you to Simba’s failed attempt at stealing snack.

Simba fails to steal a snack

As usual, he scurries around the treat box…

He scratches the box with his paw, puts his nose in the gap, and pushes up the lid…

Slow, quiet movements. I guess I’m trying to sneak up on him so he won’t notice.

His body completely fits into the box! He seems to be looking for a snack in the case.

“Which one is the snack?

Today’s snack was the last one since I ate it a while ago.

Simba, I must have missed the moment you threw away the garbage.

Turned his face away.

He pushed the lid up and out.

He was so careful when he went into the box…

Once he realized that there were no treats, he moved quickly.

He usually pops out with a snack in his mouth, but today, poor thing. Simba, I don’t think you’re going to be a pro at stealing food yet!

By the way, this is what it looks like when it finds a treat. He comes out with the snack firmly in his mouth!

Cats stealing treats is so cute, I can’t hate them!