Simba got a gift of a cat toy（Review） 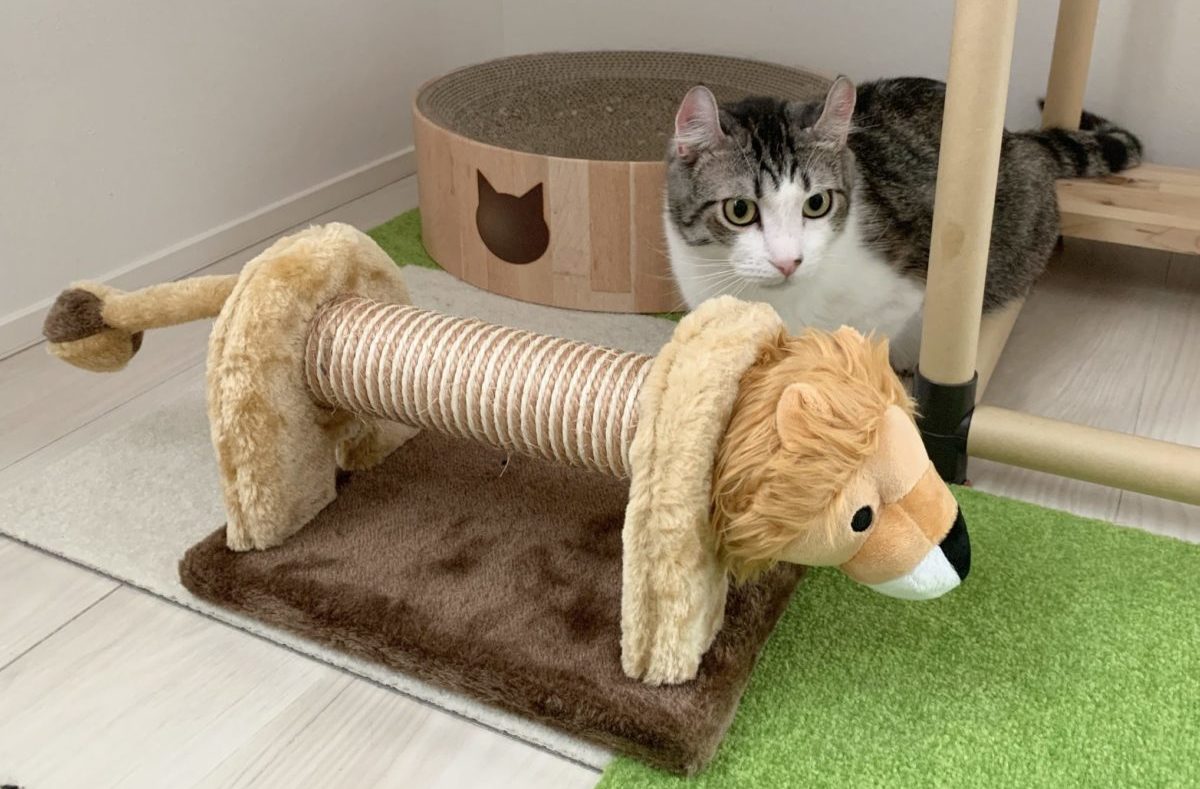 Today, Simba received a gift from a friend.

She chose a lion toy to match Simba’s name from a variety of pandas, bears, and pigs. Very cute!

I opened it with Simba.

When I took out the toy, I thought he would be curious and approach the lion, but he was in the box!

He’s more interested in the box than the toy! I can’t believe he just walked right past such a cute lion…

Whenever there is a bag or a box, Simba always goes in it. It’s a cat thing, isn’t it!

He loves the box and won’t come out of it! His body isn’t fully contained, though…

He didn’t show much interest in it, so I put it in his favorite place.

Simba was asleep, so I moved the toy and shook the lion’s tail…

He has started to play⁈…Simba is lazy.

He looks sleepy, but kind of frantic!

Heated up, the stuffed giraffe that was sleeping with him…!

He threw the stuffed giraffe away.

This toy makes a sound when its tail wags, so I can easily tell when Simba is playing with it.

At night, when I am sleeping and hear the sound, I can sleep with an interesting feeling because I can picture Simba’s massive figure.

By the way, Simba is not using this toy as a claw sharpener yet.
I think I’ll try sprinkling some cat powder on the claws next time.

Can’t wait to see Simba clawing at the lion toy…!

I can see cat’s new face, so sometimes, new toy is good too♩