A cat’s sleeping face makes us feel at ease.〜Simba’s exhausted face is so cute〜 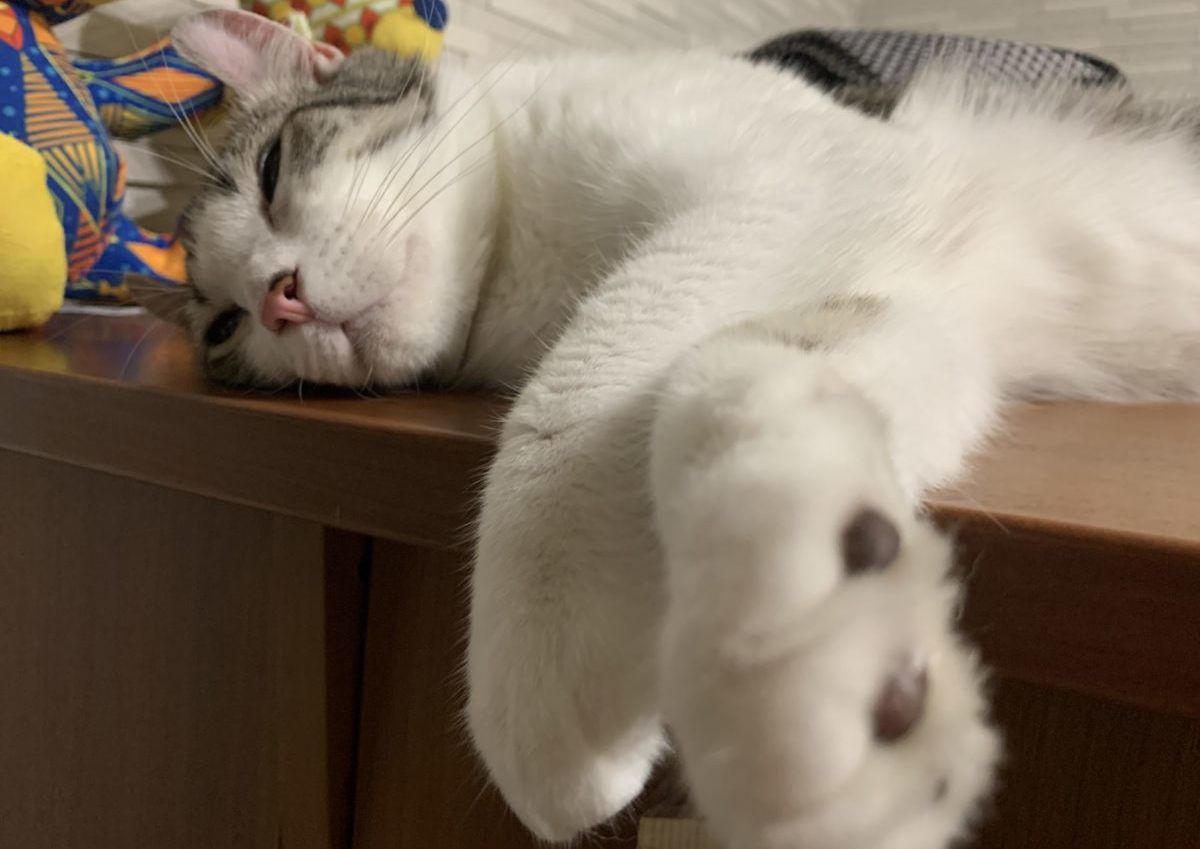 The other day, Simba went to visit his friend’s cat!

After playing a lot with his friends, he came to sleep next to me, and the expression on his face was indescribable!

I could feel how tired he was!

Playing in an unfamiliar place was full of stimulation.Sleeping soundly, I waited for Simba to wake up and went home.

This goofy look is just like when he was a baby… ♪

When he was a baby, he was busy playing and sleeping as hard as he could, and eating when he was hungry!

I wonder if he got the same sleeping face as when he was a kitten by playing with his friends as hard as he could.

Cats’ sleeping faces are really cute, aren’t they? It makes me feel happy.

Simba is fighting sleepiness and waiting for his owner. His head is shaking.

Simba takes up a position in front of the TV. Even when his owner is watching TV, he plays or sleeps here. He likes to be the center of attention.

Simba got his toy and went to sleep. I wonder if he’s playing in his dreams.