Give me a snack！ 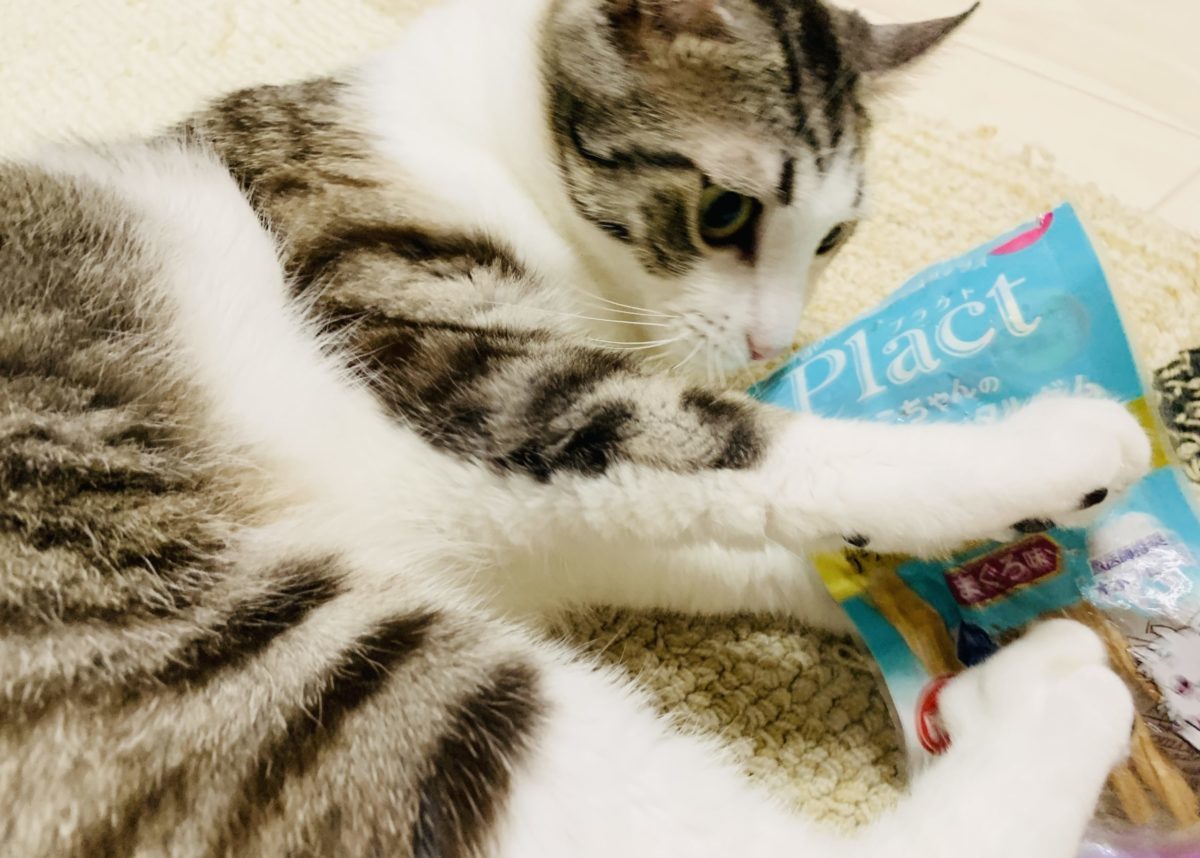 Hello! I’m the owner of Simba, a boy with a straight ear American curl.

Today, Simba was so excited about the new snack that he was begging for more~! To tell you the truth, Simba is a sucker for new food and treats, and when he tastes something new for the first time, he begs for more.

Simba can’t get enough of them, so he brings me the snack bag in his mouth! Isn’t it too cute?

Just yesterday, at the veterinary clinic, the doctor told me not to gain any more weight, so even though he begged me adorably, I only gave him one refill.

Then, Simba gave up and tried to open the bag by himself, because his owner didn’t give him a refill. I’d like to show you how desperate and cute he was!

Simba trying to open the snack bag by himself.

Simba has given up on getting treats from his owner, and has decided to do something about it himself! First, he finds the treat he wants from the treat storage area, puts it in his mouth, and brings it to a relatively safe space. It’s a quick move and takes a moment.

（This should be far enough.)

When the owner went to check on him, he moved to another place because he thought his treats would be taken away.

Holding the snack tightly in his hand！

What a great expression! I won’t take it, it’s okay~.

He’s so desperate! As a result, Simba couldn’t open it, so I gave him a snack for his effort.

The snack that Simba liked this time was Plact dental gum for cat’s teeth, tuna flavor.

When I see him like this, I want to give him new treats again.